By opting into the web form above you are providing consent for Quest Martial Arts Academy to send you periodic text messages. Standard rates may apply. You can reply HELP at anytime or learn more. You may opt-out anytime by replying STOP. 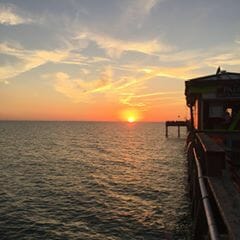 I have been training at Quest for 4 1/2 years and have learned a lot. I have met some awesome people and made great friends, all while learning how to defend myself and working on some important qualities I can apply to everyday life. I always have great time in class and learn something every class! It's a great school! 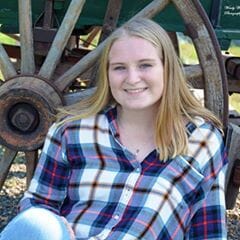 Quest martial art program is great at teaching my son about responsibility, respect and commitment. The instructors know each child personally, and work to highlight their individual strengths. They also push each kid to help them do their personal best and also encourage them to do better when they are giving less than 100%. 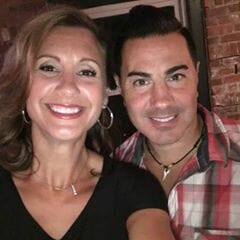 Our son takes classes and has been for just shy of a year now. He really loves it. As parents we have instilled manners or try too anyway. Quest has helped cement those manners and we get compliments all the time on how polite and helpful out son is!
Would highly recommend Quest! 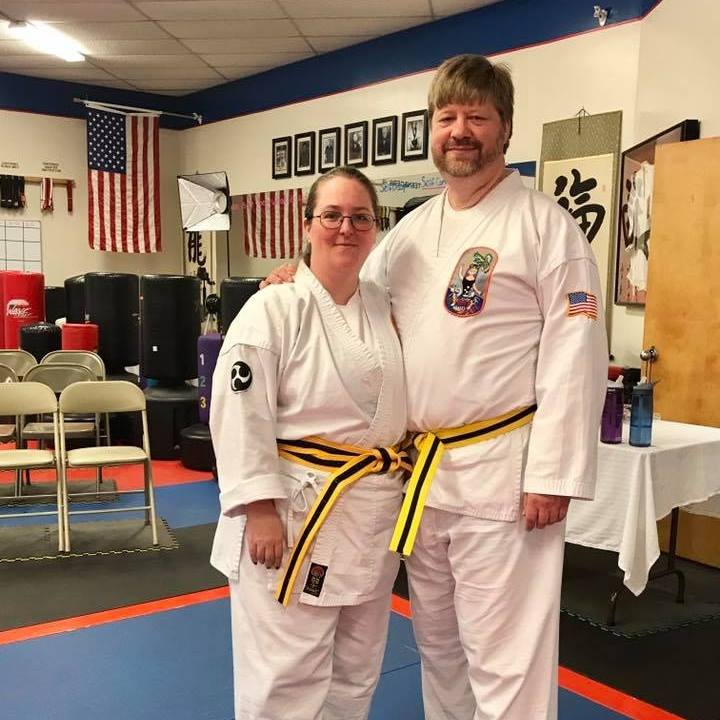 When we first signed our 4-year old up for Karate lessons with Quest Martial Arts, we weren't too sure if it was something that would interest him. But from the start, all of the sensei were wonderful and patient with him. They let me join in the class with him as he was a little shy, and halfway through, he didn’t even notice when I stepped out as he was having such a great time learning with the other students. He has grown leaps and bounds with his newfound skills, confidence, self-discipline, and respect of others! We have even caught him practicing his Karate skills in his room when no one else is there – including pushups! While looking at all the pictures on the Quest wall of past and current Black Belts, and said that one day, he’d have his picture up there too!

We were so impressed with the dojo that my husband and I decided to join as well. Our first class turned out to be a fitness test, so now we know that there’s only up from there! :) My husband and I have already seen improvement in our flexibility and endurance, and we’re having fun learning different weapon and self-defense skills. Everyone has made us feel welcome, and I encourage anyone of any background/ability/age, to come check them out. You’ll be glad you did! 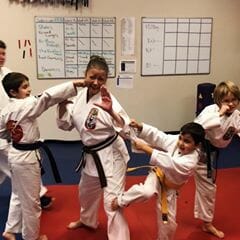 My karate journey at Quest Martial Arts began with a free women’s self-defense seminar. I was hooked after that and attended 2 more seminars before I actually enrolled. It is an incredibly positive environment that I like to call “my happy place”. The school focuses not only on the physical aspect but on your mental well- being also. All of the instructors are caring and patient so you immediately feel right at home. At 42 I didn’t see myself starting anything like this but now I can’t imagine my life without it.

Quest is my extended family. We challenge and encourage each other to better ourselves and we celebrate each other’s accomplishments. I was always involved in sports growing up but had not found anything to match that as an adult. I am definitely not into going to a gym which I attribute to the fact that there’s no one there to push me and hold me accountable. I think that is the case with many adults so karate is a perfect alternative in my mind. I have lost weight and become stronger both physically and mentally. I have more confidence and have proved to myself that I CAN do things that I thought I would never be able to do which is a great feeling. The school has taught me to believe in myself and my capabilities and has helped move me out of my comfort zone.

They often offer specials so you can try a few classes and see if it’s a good fit for you. I would recommend this school to anyone. They are currently offering a free Women’s Self Defense seminar January 27th so that’s a great place to start for all you ladies out there. That’s where my journey to a black belt began and I’m so glad it did. 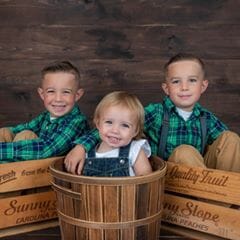 When our sons were 3, there wasn't a whole lot of activities for their age group, but we wanted to get them involved in something. Since we live in town, we had heard about Quest (all positive!) and decided to try it out. Our boys have a lot of energy and really needed something to help them focus and reinforce qualities taught at home, such as honesty and respect. Not knowing a great deal about the world of martial arts, I was a bit nervous and intimidated but as soon as they had their first class, the staff at Quest has made us feel incredibly comfortable and reassured us when we (and the boys) needed a bit more support. Our boys needed one of us to participate with them in class for several months and we always felt very supported. The program and staff at Quest are very professional and challenge our sons to be at their best! My mom and I also participated in one of the self-defense workshops which was so much fun! There's always extra happenings for the whole family too! We've really enjoyed our experience and the friends we've made. We look forward to many more! I highly recommend Quest Martial Arts! 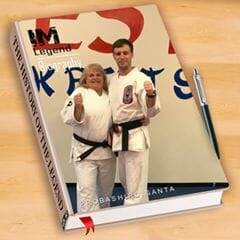 If I could, I would rate Quest Martial Arts a 10. I have been doing Karate here for 3 1/2 years now. Tomorrow I will turn 66 years old. Who would have thought I would be doing Karate at this age!
I was told by Master Nelson that you are never too old to start something new in your life. She is so right.
When I began, I was a bit concerned that I would feel out of place at my age. That was not possible. Everyone from the students to the professional staff, make you feel like family. Everyone is encouraging and wants to see each of us succeed.
I do fitness and Karate at least 2 times a week. In the over 3 years, I have built self esteem, strength, confidence and am off my blood pressure medicine. I look forward to coming and learning more about myself and this art form each week.
If you are looking to try something new in your life, no matter what age, Quest is the place to try it. Give them a call, you will not be sorry! Call or stop in today! 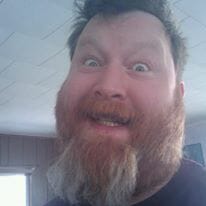 The Sensei’s are a wonderful group of truly exceptionally people. They are caring, thoughtful and constantly seek to improve their methods to help train the students to be their best. This October will mark our son’s 10th year as a student at Quest Martial Arts Academy. Our middle daughter is in her 7th year. Our youngest has just started her martial arts training. I couldn’t be more proud of my children and I cannot be more grateful for the excellent staff at Quest. Thank you so much to all the wonderful people who have help shape our children in to the terrific young people they are. I look forward to watching my youngest grow and enjoy your program over the years to come.

Request information today to learn more about our programs!

Using Nails to Drive Home the Message of Controlling Your Temper

Here is a great message about the cause and effect of losing your temper and the lasting impact it may have on others.
There once was a little boy who had a bad temper, his mother and father tried everything they could think to help him.  One day his father was given a plan from a friend that taught martial arts. 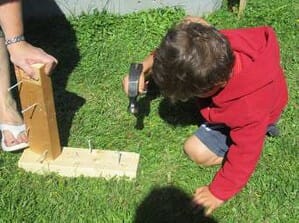 The father gave him a bag of nails and told him that every time he lost his temper, he must hammer a nail into the back of the fence. The first day the boy had driven 37 nails into the fence. Over the next few weeks, as he learned to control his anger, the number of nails hammered daily gradually dwindled down. He discovered it was easier to hold his temper than to drive those nails into the fence.
Finally, the day came when the boy didn’t lose his temper at all. He told his father about it and the father suggested that the boy now pull out one nail for each day that he was able to hold his temper. The days passed and the young boy was finally able to tell his father that all the nails were gone.
The father took his son by the hand and led him to the fence. He said, “You have done well, my son, but look at the holes in the fence. The fence will never be the same. When you say things in anger, they leave a scar just like those in the fence. If you hit a friend it leaves a bruise and even after the bruise fades it won’t matter how many times you say I’m sorry, the wound is still there.”
Now as a parent you can use video game pause button to teach your child about how important it is to pause when they feel anger and are about to lose their temper.  Tell you child, “Let’s pretend you are playing your favorite video game and your character is being beaten badly and the bad guy is about to deal the final blow, what happens when you push pause? Right everything freezes, so why don’t we all install our own pause button in ourselves right now.”
And moms, dads, and guardians, here is a way to upgrade your child’s operating system.  Teach them these 3 steps:
Step 1:  Pause just like you would a video game.
Step 2:  Slowly count to ten or even do it backwards
Step 3:  Think of and seek out alternative solutions
It takes time to upgrade your child’s operating system. Here are a few tricks you may use at home:

Pause buttons do not work when your child is in a full-blown meltdown. Learn to recognize the symptoms of a meltdown ahead of time and remind the kids about the power of the pause button before it is full blown.

Patience is important for this upgrade to function properly, children only do 50% of what we tell them however they do 100% of what we show them, if you meltdown you are giving them permission to meltdown.

When you see your child trying to engage the new operating system praise them for effort, because a little encouragement goes a long way.
CALL US
SCHEDULE
Web Special